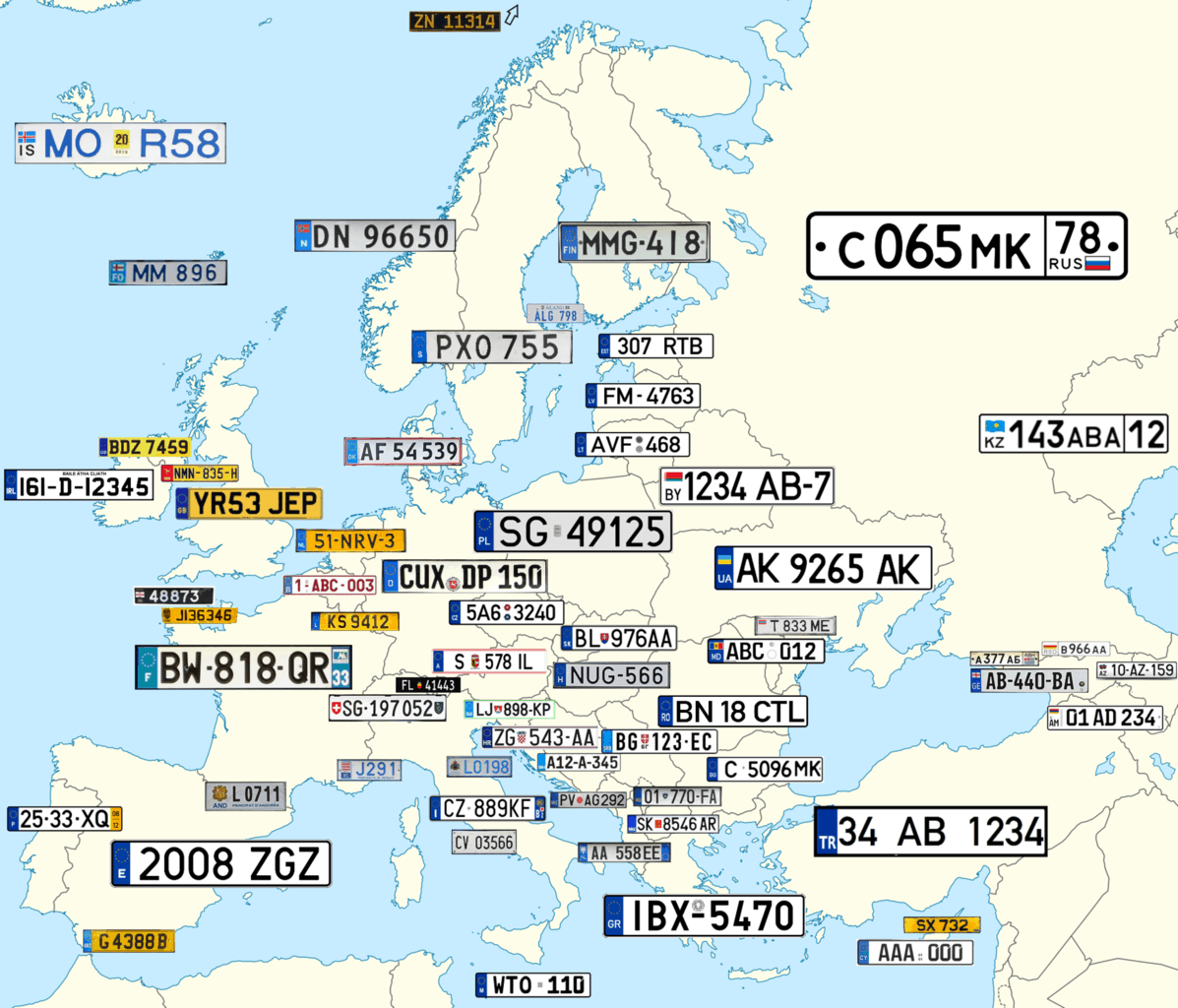 The map above shows the various license, vehicle registration and number plate designs across Europe. But it’s not just the designs that different, some plates actually contain some useful information such as:

In Turkish plates first two numbers would indicate the municipality it was registered in, 34 for İstanbul 35 for İzmir 42 for Konya etc

The British plates work similarly. Y is Yorkshire and 53 is the second half of 2003.

The second letter (R) refers to a specific DVLA office too, so this one is Sheffield

In Germany the first group of 1, 2 or 3 letters left from the label (in this map CUX for Cuxhaven) tell you in which town or district the car is registered. The second group of letters (1 or 2) are random, so are the (1 – 4) digits in the end. Normally you can choose the letters and digits, some combinations will normally not be issued, like SS, KZ, AC-AB (AC for Aachen).

In some areas a city and a district share the same first letter(s), like Munich City and District. M + 2 letters and 4 digits is Munich City, all other combinations are Munich district.

AFAIK the regulations in some European countries are similar, like Austria, Switzerland, Italy and former Yugoslavian countries, the first one or two letters tell you where the car is registered.

Notice anything else? Please leave your comments below: