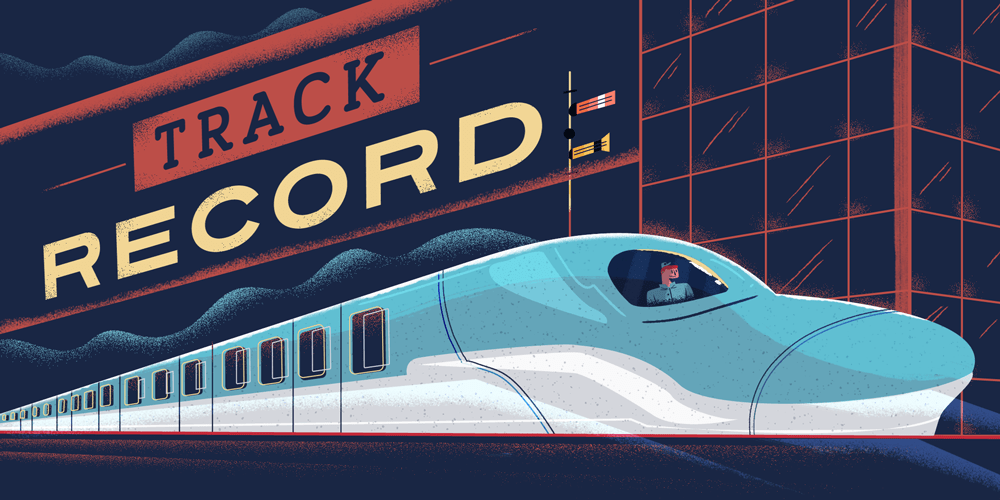 Since the introduction of high-speed rails in 1964, humanity has raced to design trains with greater efficiency, economy, and most of all, speed. Some countries are winning this race. Meanwhile, others tend to take plans for high-speed infrastructure and well… ride them out of town on a rail.

Since logistics make it impossible to race the world’s trains in real life, we decided to compile a list of the world’s 20 fastest high-speed trains in commercial operation in 2020 and teamed up with animators to race them on the internet.

Top 3 Fastest Trains that Leave the Others in the Dust

While other trains have achieved higher speeds under perfect conditions, the Shanghai Transrapid‘s regular operating speed of 267.8 mph (431 km/h) earns it the title of the fastest commercial train in the world.

Built by the German companies Siemens and ThyssenKrupp, this maglev uses an electromagnetic suspension to eliminate friction by hovering above the track. However, don’t expect to see much of the countryside from its windows; the train only runs 19 miles between Longyang Road and Pudong International Airport.

Unlike their older brother above, Fuxing trains use conventional EMU; that is, electricity-powered locomotion is applied from multiple cars at once to push them mechanically along the track. The Fuxing connects 16 of China’s provinces, and China is attempting to export the design to other countries. 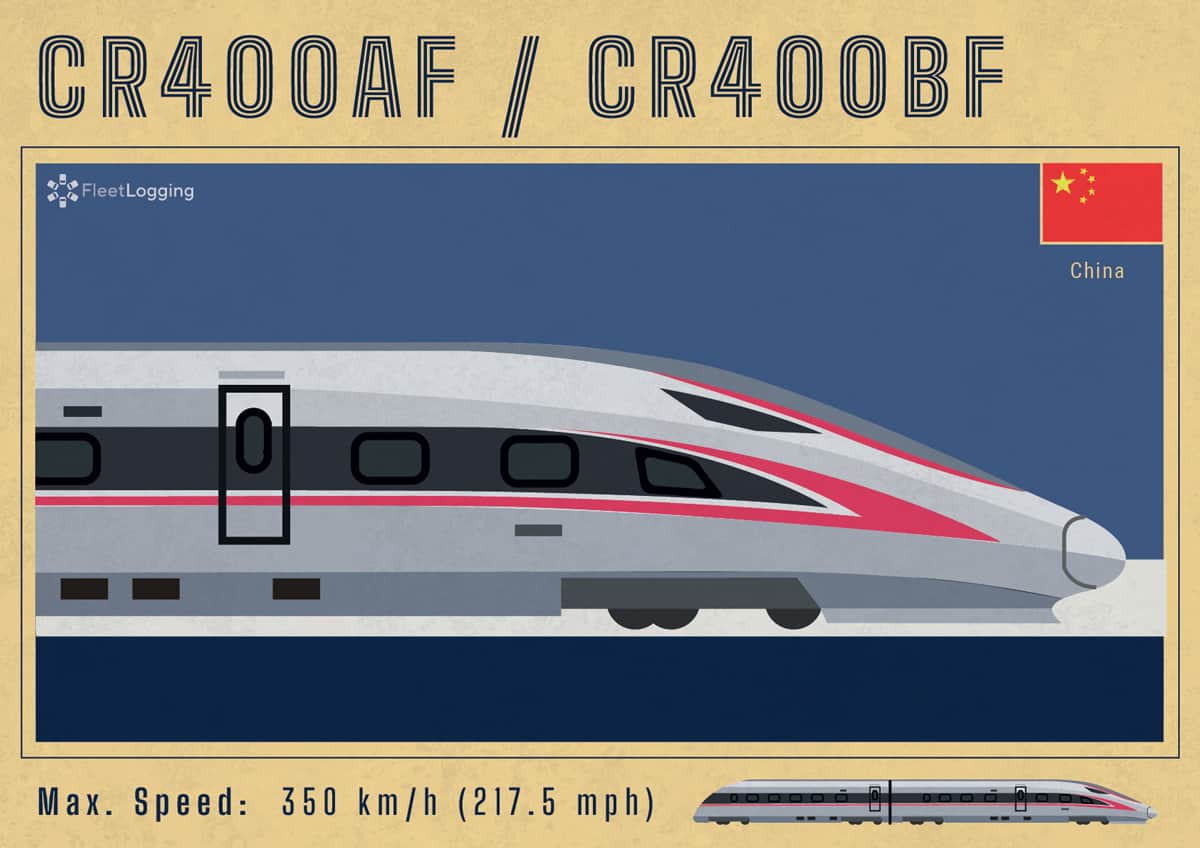 The third fastest commercial train in the world is actually a four-way tie between the UK’s E320, Japan’s E5/E6/H5 Shinkansen, Morocco’s Al Boraq, and France’s TGV. However, while all of these trains operate at a regular speed of 198.8 mph, the TGV stands out from the pack.

It achieved a record 357.2 mph under test conditions in 2007. The TGV boars several unique design features such as in-cab signalling and shared axles between cars. 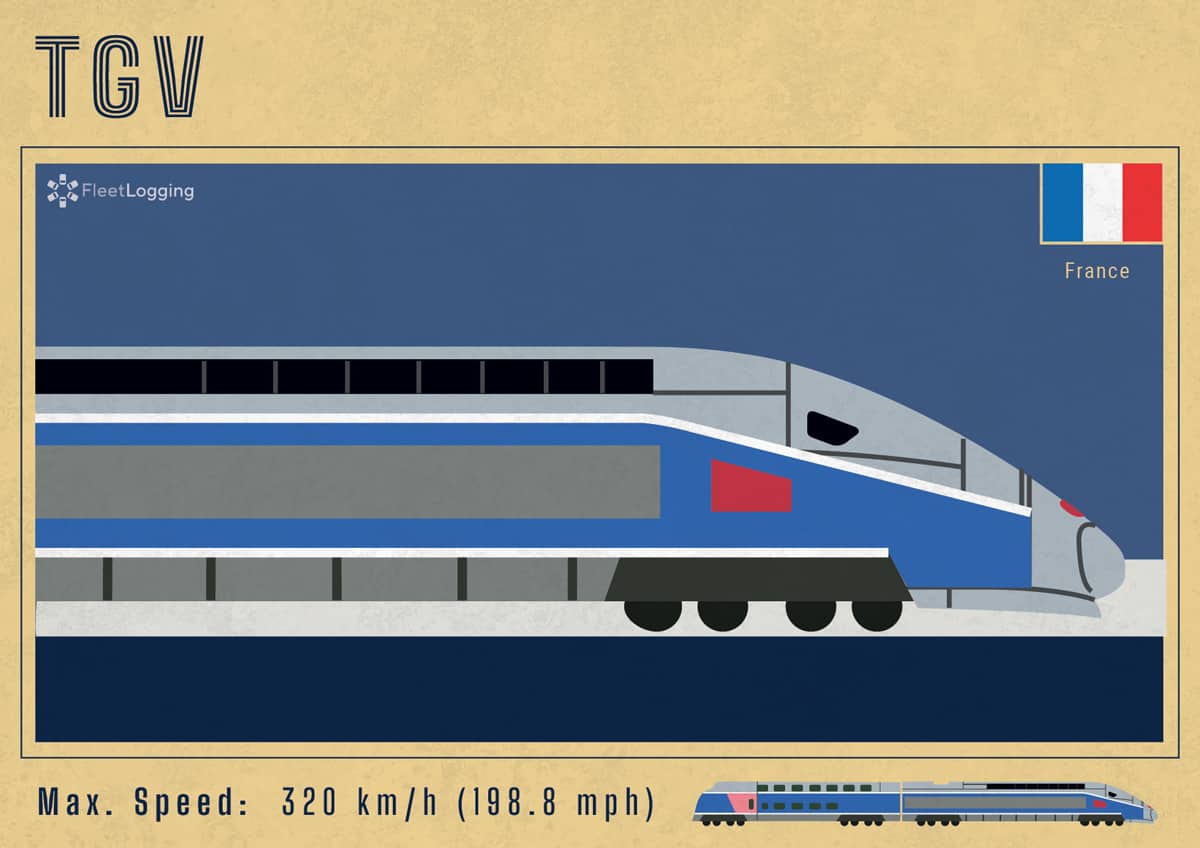 The Fastest Transport of the Future

Not content with racing the fastest trains that are currently on track, we wanted to know what the transport of the future looks like and how the different methods match up in terms of speed.

When cities and countries build the trains of the tomorrow, they may elect to use maglev technology in conjunction with two unique innovations. One idea calls for trains to operate in pneumatic tubes that reduce wind resistance and eliminate the effects of the weather. The most famous example of this is the Virgin One Hyperloop, which has tested at 760 miles per hour and is currently the fastest transport method in the pipeline. 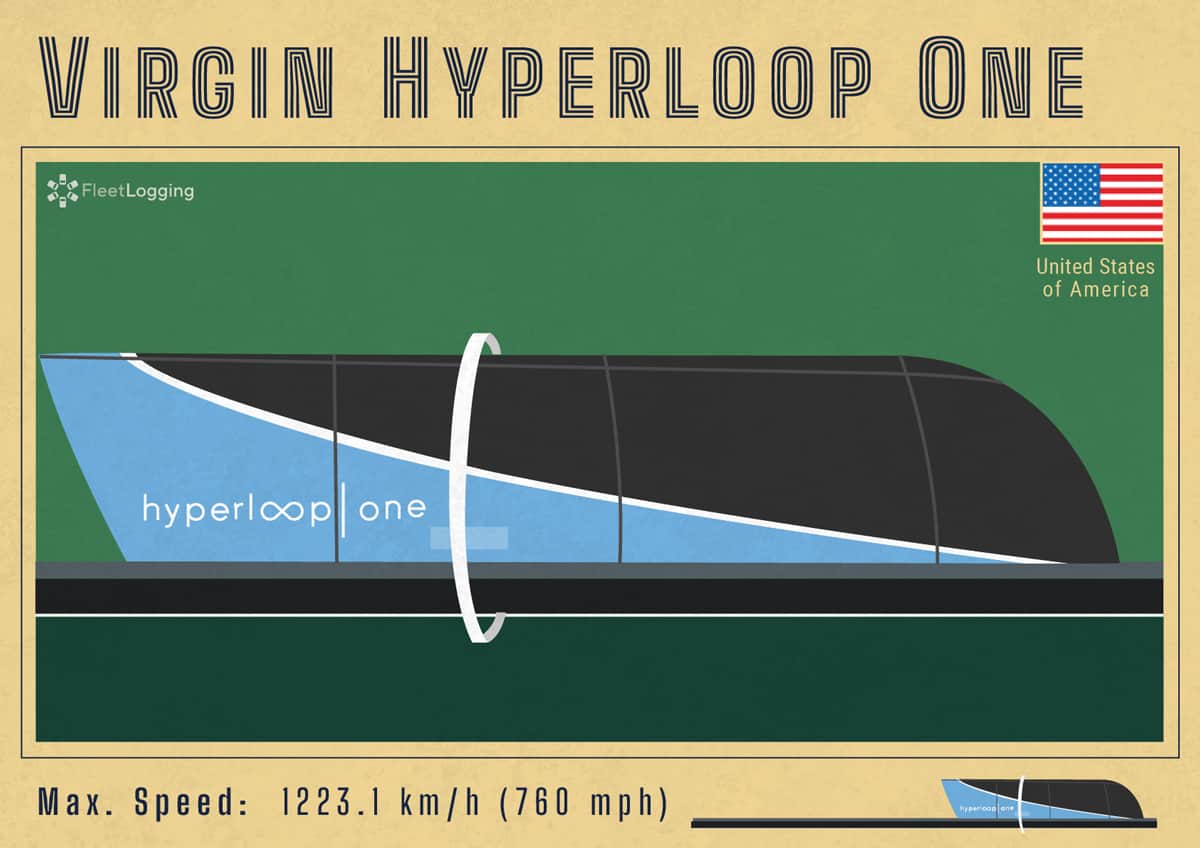 A second idea proposes individual pods for passengers; an example of this being the SkyTran. Summoned by smart technology, these pods could theoretically eliminate stops, delivering commuters door-to-door. However, plenty of immediate plans make incremental improvements to tried-and-true models. For instance, Britain’s Hydroflex will convert Class 319 cars to run on hydrogen cells. Meanwhile, China’s CRRC Prototype hopes to double the speed of their maglev bullets.

Whether the train of the future looks like a sleek detergent pod or a more efficient version of what we have today, you can bet that this trusty transportation isn’t going away. Clearly, it is racing towards tomorrow at the speed of thought.